If you haven’t heard of the TV show F.R.I.E.N.D.S., you’re missing out on all the laughs, friendship, love, and positive vibes..

While most of us may have begun watching American sitcoms with popular shows such as Friends, Big Bang Theory, and others, few of us believe it is simply an old television series with a group of friends conversing in various locations.

Friends is a U.S sitcom created by David Crane and Marta Kauffman.

The title song “I’ll be there for you” is a beautiful song about life and friendship in general, but it also has a lighter and more humorous side to it.

There are six actors in key roles :

She is the younger sister of Ross Geller. She was constantly criticized by her mother for everything.

She had her fair share of dates before finding her true love, Chandler Bing. She got married to him and left the city to raise their kids in sub urban area. That is how the series ended.

She started off as a cook and went her way up to being a Chef at Alessandros.

The most important thing that you could learn from Monica Geller is that she is a strong willed person and waited for the right person.

She could have easily settled for a rich person or a person who is willing to sacrifice everything for her.

In the show, she is known for her lines like ” I know” and comes off as a binding agent of the group.

Ross Geller is the older brother of Monica Geller.

His childhood crush was Rachel. He will have an on and off relationship with Rachel in the series. They will have a baby together and will patch up at the end.

He is a Paleontologist and loves Dinasorous. He is the one who doesn’t change his job till the end.

It’s perfectly fine to do what you love, even if everyone else mocks you for it.

He is known for his funny expressions.

Chandler Bing was raised in a difficult parental situation. He was the only child and makes jokes when he is nervous.

Chandler will have an on and off relationship w with Janice, but eventually ends up together with Monica.

He was in data processing division of a well recognised company. But then he quits his job to find his passion, where he ended up in advertisement job where he gets promoted due to his creativity.

It is never ever late to switch careers and pursue your passion.

He is known for his sarcasm.

He is an Italian grown up with mother, father and sisters.

He is more interested in one night stands and often avoids calling the person the other day.

He is an actor by profession, ends up doing gigs when he is not in a project.

Friendship is the more important than almost everything.

He is known for his line “Joey doesn’t share food” as he loves food very much.

Childhood of Phoebe was very poor as her mother committed suicide and was raised by another mother on the streets. She has a twin sister Ursula Buffay and a step-brother.

She dated David and Mike and few other men. But she got married to Mike at the end.

She works as a massuesse but loves singing and song writing which she does after a while.

It is ok to be weird as long as you don’t hurt anyone.

She is known for her lines “My eyes, my eyes” and “I wish i could but I don’t want to” as she is very quirky and imaginative and a good soul.

Rachel Green comes from a affluent family background. His father is a Doctor. She has 2 sisters.

She had dated few guys but really loves Ross.

She ran away during her wedding and wanted to be independent. So she stays with Monica in the city. She wanted to pursue her passion in fashion industry. She started by working as a waitress in the coffee house Central Perk, then makes her way in the fashion related companies like Bloomingdales and Ralph Lauren Louis Vuitton.

To be independent and go after your passion.

She is a gorgeous women who happens to be funny at times.

Top 17 Friends quotes that you will relate to !!

“Welcome to the real world. It sucks. You’re gonna love it.” — Monica Geller

“If you’re too afraid to be in a relationship, then don’t be in one.” — Monica Geller

“I’m not great at the advice. Can I interest you in a sarcastic comment?” — Chandler Bing

“When I first meet somebody it’s usually panic, anxiety, and a great deal of sweating.” — Chandler Bing

“Alright, I took the quiz. And it turns out I do put my career before men.” — Chandler Bing

“Oh you like that? You should hear my phone number.” — Phoebe Buffay

“Everybody looks so happy. I hate that.” — Phoebe Buffay

“Oh my God. I’ve become my father. I’ve been trying so hard not to become my mother, I didn’t see this coming.”

“No uterus, no opinion.” — Rachel Green

“I’m gonna go get one of those job things.” — Rachel Green

“Oh, are you setting Ross up with someone? Does she have a wedding dress?” — Rachel Green

“These are just feelings. They’ll go away.” — 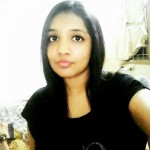 Self-made independent trader who primarily trades stocks, forex, and cryptocurrency! Specialized in M.Sc. Biotechnology & M.B.A. Loves to learn and share everything that can make people’s lives easier. Life hacks are the focus of Art of Hacks, a brand website. This website, in particular, focuses on financial hacks such as trading, digital entrepreneurship, and saving hacks. Feel free to comment, share and subscribe to your preferred category! To learn more about trading and my trading journey, subscribe to my YouTube channel Female Trader Ramya!

Self-made independent trader who primarily trades stocks, forex, and cryptocurrency! Specialized in M.Sc. Biotechnology & M.B.A. Loves to learn and share everything that can make people's lives easier. Life hacks are the focus of Art of Hacks, a brand website. This website, in particular, focuses on financial hacks such as trading, digital entrepreneurship, and saving hacks. Feel free to comment, share and subscribe to your preferred category! To learn more about trading and my trading journey, subscribe to my YouTube channel Female Trader Ramya!